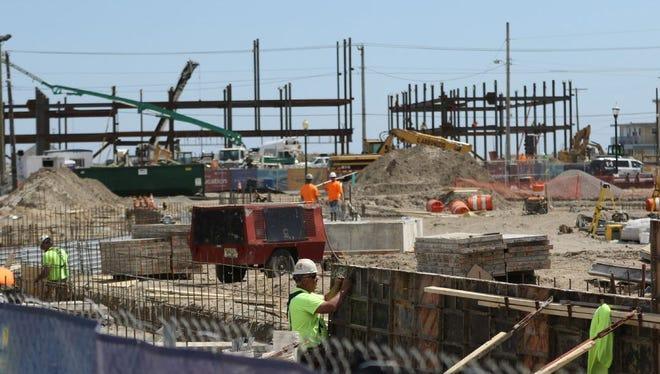 WOODLAND PARK, N.J. — Casinos are turning profits. Plans were announced recently for a $375 million renovation and reopening of Trump Taj Mahal by Hard Rock casino, and Stockton University just broke ground on a satellite campus. A luxury apartment complex, the first to be built in Atlantic City in decades, is under construction. The city's credit rating has improved.

Atlantic City, left for dead for the last 10 years, is having a revival.

"I always say Atlantic City is like Dracula — you can't kill it, no matter how hard we try," quipped state Sen. Jim Whelan, who was mayor of Atlantic City from 1990-2001.

It's all coming after a decade that featured a 50% drop in the city's casino revenues. Nearly half of the city's casinos closed and 10,000 people lost their jobs, leading to a massive spike in home foreclosures. The city's finances were so grim, the state took over control in November.