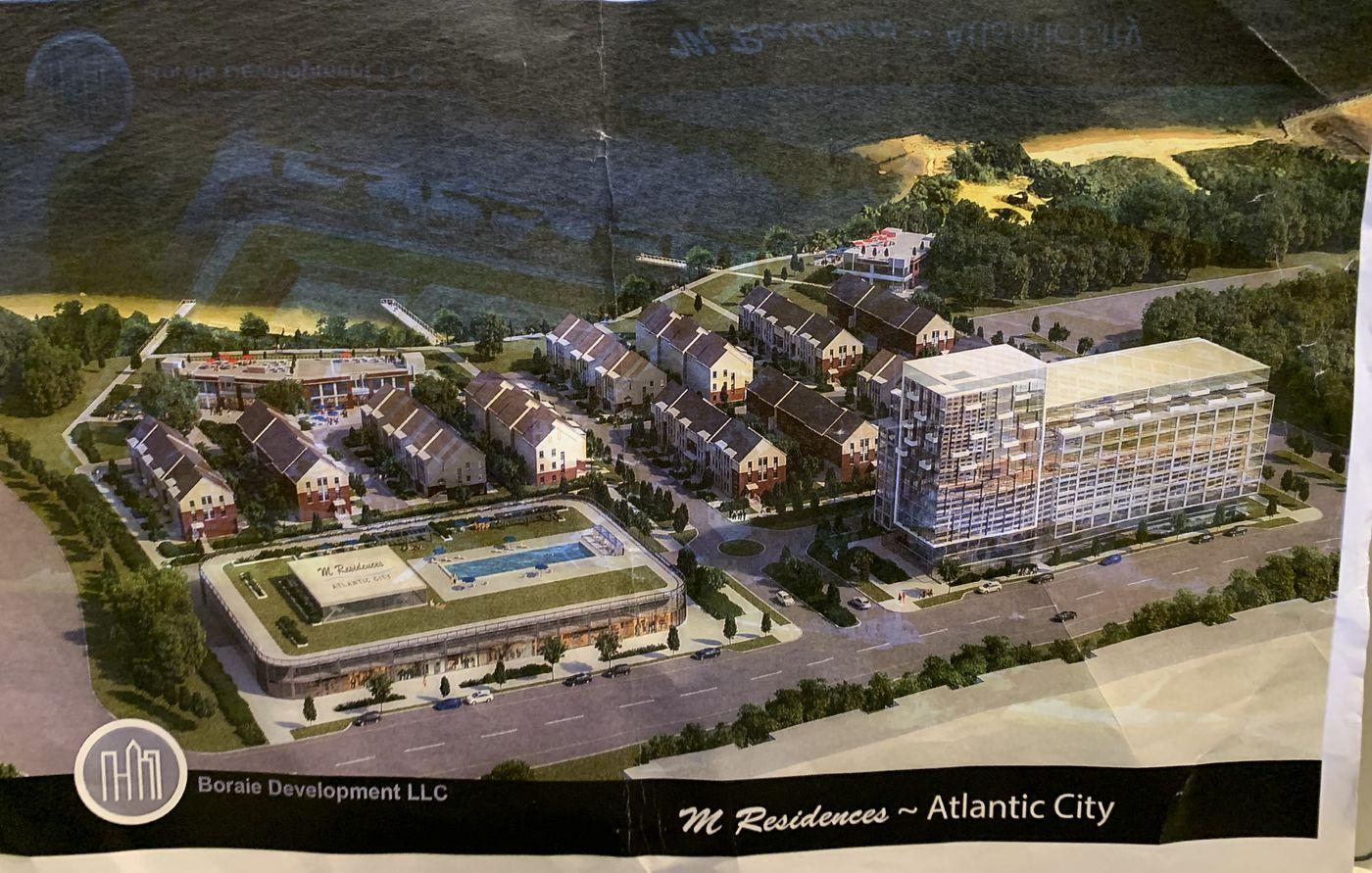 A rendering of the planned M Residences on land owned by MGM Resorts long targeted for another casino.

ATLANTIC CITY — It is a tract of land long targeted for another casino in Atlantic City’s Marina District, back past the Golden Nugget along the bay, looking toward Brigantine.

But now the land’s owner, MGM Resorts International, which also owns the nearby Borgata but has never built a casino of its own in Atlantic City, says it is partnering with Boraie Development LLC to explore a project known as “M Residences.”